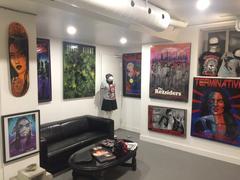 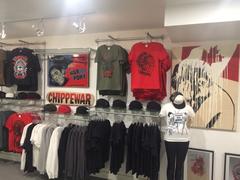 At Chippewar Nation, you will find pop art with an Indigenous twist. Painter and clothing designer Jay Soule, who creates art under the name Chippewar, launched the store in 2017 to sell politically-charged art prints and silk screen printed apparel, including hoodies, shirts, and hats. Chippewar — a play on the Chippewa peoples’ name and the word “warrior” — represents the hostile relationship between Indigenous peoples and the Canadian government and serves as a reminder of the importance of the traditional warrior role still present in Native cultures across North America today.

From spring to summer, see Jay, who is of Chippewas of the Thames First Nation (Deshkaan Ziibing Anishinaabeg) descent, on the powwow trail showcasing his work.