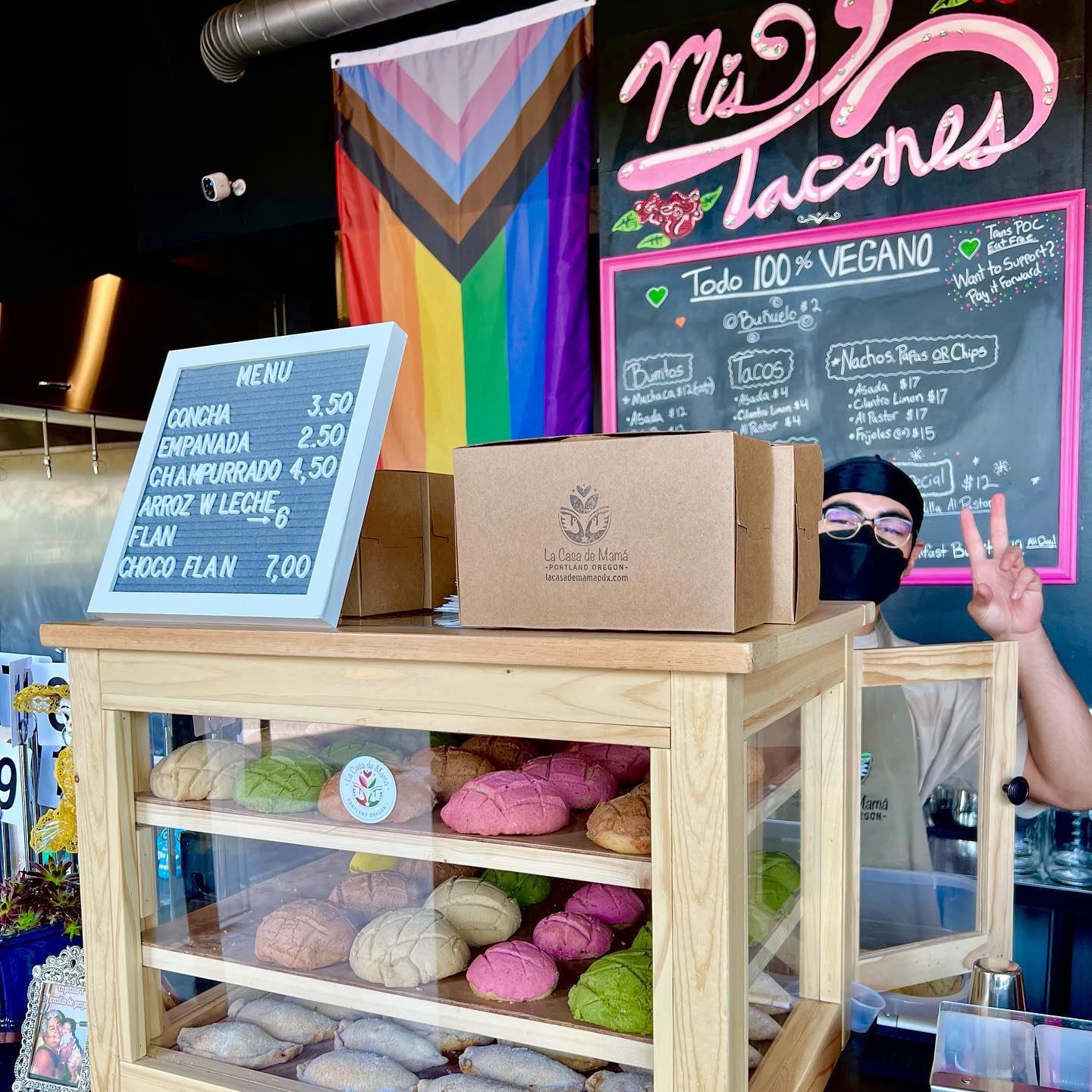 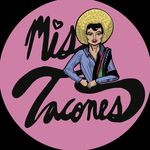 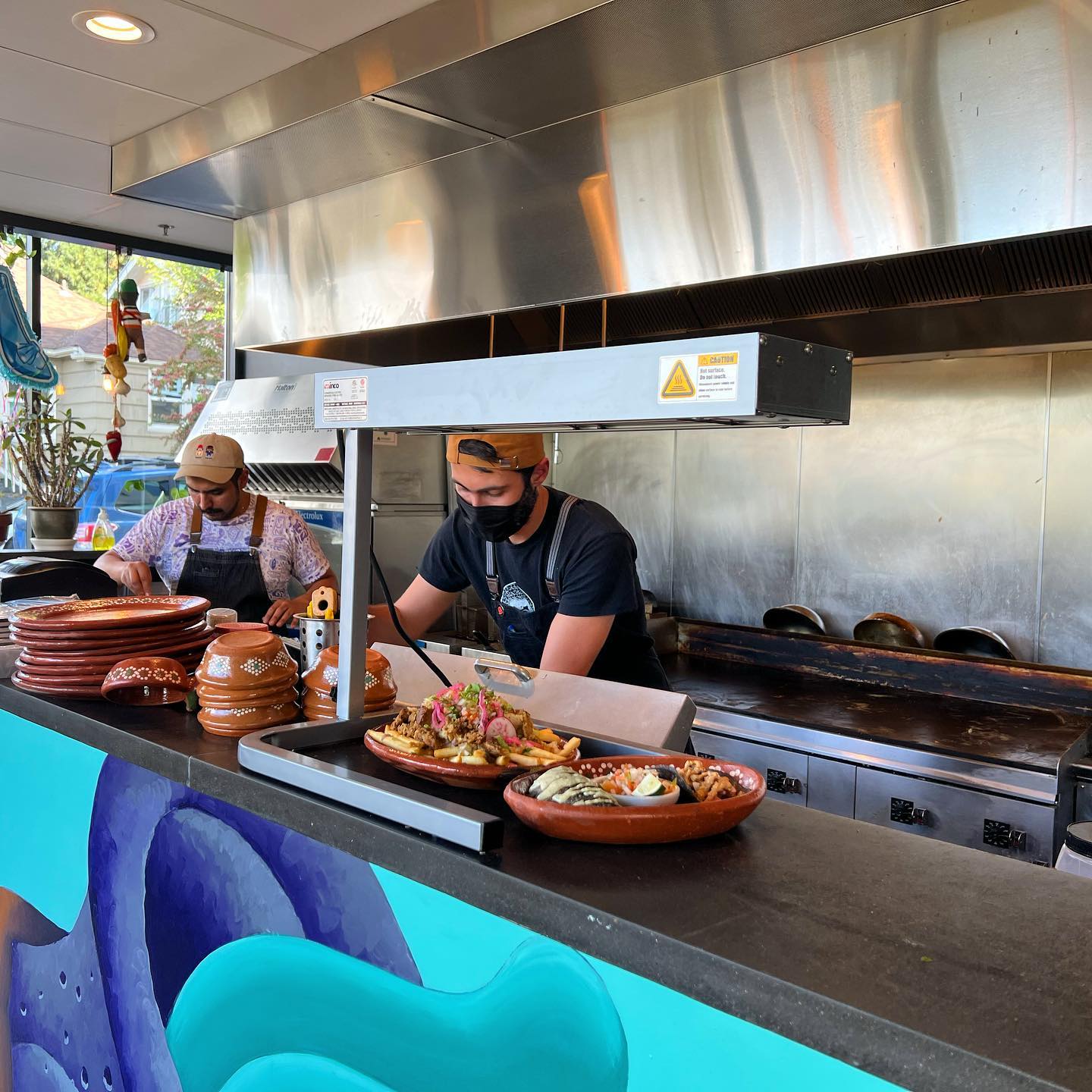 After partners Polo Bañuelos and Carlos Reynoso moved from Los Angeles to Portland in 2015, they started building their community using tacos. The pair launched their vegan pop-up Mis Tacones in 2016, appearing at Saturday markets and queer dance nights throughout Portland. The pop-up built a loyal following throughout the years, becoming a favorite among Portland’s LGBTQ community.

In 2022, they moved Mis Tacones to a brick-and-mortar location, serving as both a restaurant and a community space open to other BIPOC and queer-owned businesses. The pair continue to offer free meals to trans people of color just as they did in the early days of their pop-up. They want their restaurant to be a place where queer folks feel heard, seen, and cared for.

Fun fact: “Mis Tacones” translates to both “my tacos” and “my heels” in Spanish!