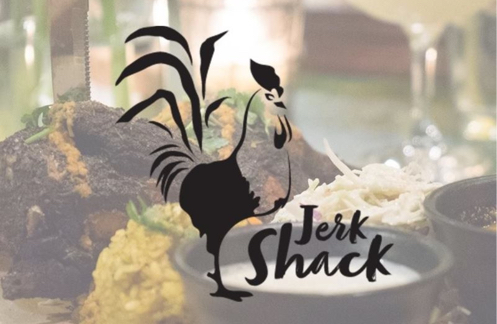 “I wanted to be a cook since I was three-years-old,” Lamont said.

Despite that none of his favorite television chefs looked like him, Lamont knew from a young age that he wanted to cook for the rest of his life. Growing up in the Central District of Seattle, Lamont was the only of his eight siblings who was allowed to help his grandmother in the kitchen. Visiting family, Lamont got a taste of his Caribbean roots. His appreciation for the rich spices and flavors of these dishes endured — and would give him distinct direction in his culinary career.

“I got to visit family on the East Coast and in the Caribbean and got tired of coming back to Seattle and the West Coast and not getting good Caribbean food, it spearheaded my focus to find a way to spread the food that I liked,” he said.

His passion for cooking was further cultivated by his father, a long time employee of Sheraton Hotel in Seattle. Waiting for his father’s shift to end, Lamont recounted hours of childhood spent lingering in hotel kitchens, befriending the banquet chefs and watching them work their magic.

It wasn’t long before Lamont found work in the kitchen. As a preteen and as a teen, Lamont shadowed banquet chefs, gaining skills that put him ahead for his culinary school career at Le Cordon Bleu. After graduation, Lamont worked as the head kitchen chef at a sushi restaurant owned by acclaimed chef Thoa Nguyen. He later spent time working as a private chef, club promoter, IT personnel, and security guard. Then, in 2011, his Caribbean food truck was born.

He was working the food truck and volunteering at non-profit organization Coyote Central teaching youth cooking classes when a unique opportunity came through one of his students, Simon, whose father, Brian Durbin, also happens to be the chef at gastropub, Black Bottle.

“I guess I made an impression on him as much as he made on me,” Lamont said. “He went home to his dad and said, ‘Dad I met the most amazing chef I’ve ever known,’ and he said, ‘But Simon, I’m a chef and you know me,’ and he said, ‘He’s different.’”

Durbin found Lamont’s food truck and became a regular and supporter of his food — and eventually, offered Lamont a brick and mortar restaurant location in what was formerly The Innkeeper.

In 2019, Lamont assumed full ownership of Jerk Shack on 1st Avenue in Belltown, dishing out his special jerk fried chicken, Caribbean seafood dishes, and more. As far as sharing his Caribbean flavors, Lamont hopes to eventually extend beyond the Seattle area.

Thanks for all that you do to #SpendLikeItMatters – shop small, buy local, and #BeIntentional! Discover awesome brick + mortar small businesses in your community, suggest your favorites, and be sure that you’re following us on social media (Instagram, Facebook, Twitter).

Intentionalist is your local guide to small businesses and the diverse people behind them. We believe that where you spend your money matters, and we’re sure glad you do too! Whether you identify as a localist, activist, or just a good neighbor, we make it easy for you to connect with, learn about, and support small businesses in your community through everyday decisions about where you eat, drink, and shop.