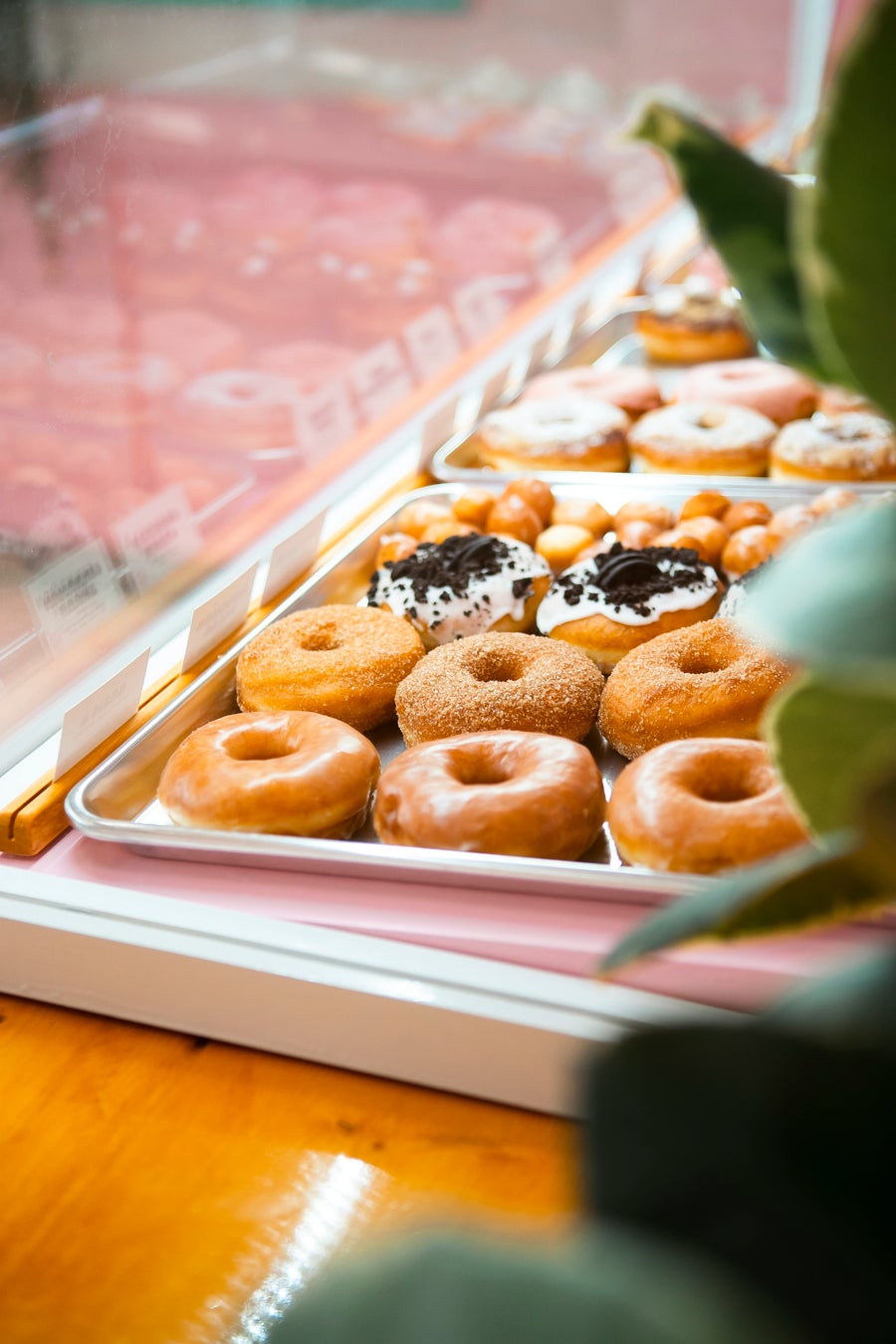 Christopher Ballard and Sean Willis, the creators of Outbound Herbivore — vegan brand and Seattle’s only vegan magazine — opened their Dough Joy food truck in 2021. When the couple first had the idea for a vegan donut food truck, they had zero baking experience. After months of recipe testing, ingredient testing, and running taste tests on their friends and neighbors, Christopher and Sean developed the recipe for the perfect, melt-in-your-mouth, raised vegan donut. In January 2022, Dough Joy expanded and opened their brick-and-mortar shop in Capitol Hill where they serve their plant-based confections alongside a coffee bar featuring coffee from Fulcrum.