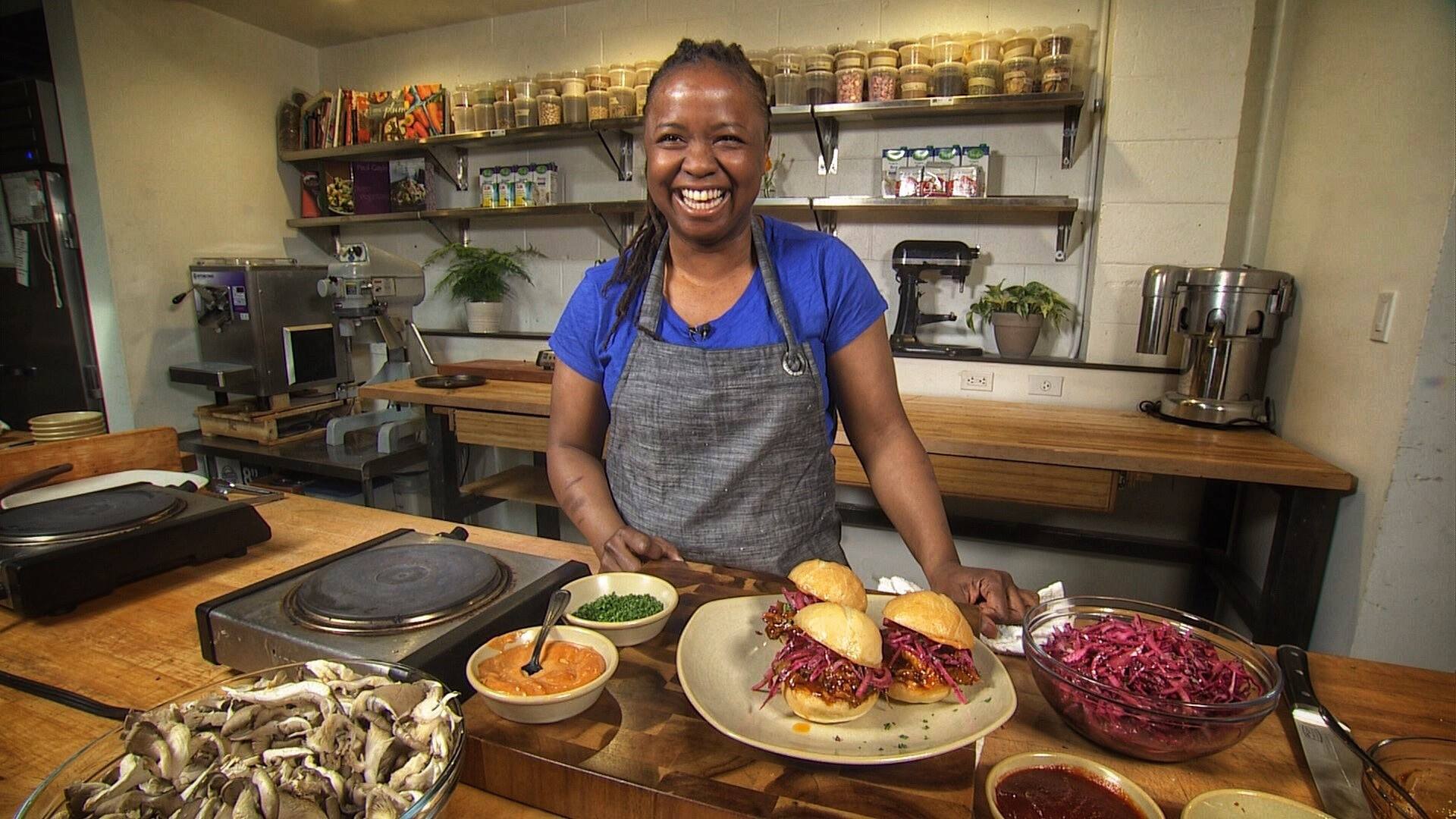 Makini Howell is the owner of vegan hotspots that include Plum Bistro, Plum Pantry, and Sugar Plum, along with the Plum Bistro food truck.

Between Queen Bey and her hubby Jay-Z, professional athletes, and many celebrities, Veganism has become popular and more accessible than ever. Inspired by the growing appetite for vegan dining, we’ve built a list of some Seattle vegan restaurants to help you find some of the tastiest and healthiest bites in the city.

Are we missing any of your favorite Seattle vegan restaurants? Please suggest them here, and we’ll get them added!

Araya’s Place: This family-owned restaurant’s claim to fame is that it is the first vegan Thai restaurant in the Northwest! Helmed by Aratana Nualkhair, Araya’s Place serves a variety of vegan-twists on Thai favorites. Stop by for their popular lunch buffet! #familyowned #minorityowned #womanowned

Brown Sugar Baking: At Brown Sugar Baking Company, Lillian Hill creates organic, vegan, nut-free treats that are jaw-droppingly delicious. Gluten-free? Soy-free? She’s got that covered as well. You can find her creations at the bakery’s walk-up window (or order them online), in local businesses across Seattle, and available for catering. #minorityowned #womanowned

Chaco Canyon Organic Cafe: Canyon Organic Café is a vegan restaurant owned by Christopher Van Maykut, Dalia Sherif, and Mohamed Youssef. Committed to sustainability, the café recycles, reuses, or composts over 90% of waste and ensures that 90-97% of their menu is organic all year round. The fully vegan menu offers raw, gluten-free, and soy-free options. There is also a location in West Seattle. #minorityowned #womanowned

ChuMinh Tofu & Vegan Deli: At Tanya Nguyen’s vegan Vietnamese restaurant, ChuMinh Tofu, diners are treated to a meal as if they were in her grandmother’s kitchen. Originally from Vietnam, chef Tanya was inspired to open her restaurant to share her passion for animal welfare. #minorityowned #womanowned

Cookie Counter: After starting out as a VW ice cream truck, The Cookie Counter, transitioned into a storefront location! Chelsea Keene and Christopher Olsen hope to change minds about the potential of vegan treats by serving up ice cream and baked goods you would never guess are vegan. #familyowned #womanowned

Cycle Dogs: Keaton and Becky Tucker began peddling their delicious Cycle Dogs vegan creations from a bicycle food cart. Their popularity helped them grow into a permanent food truck at Peddler Brewing Company and put them on the map as a vegan favorite. #familyowned #womanowned

Harvest Beat: Owned by Colin Patterson, Amber Tande and Aaron and Jan Geibel, Harvest Beat is committed to gathering “the goodness” to help create unity and a healthier world. Chef Collin’s prix-fixe five-course 100% vegan feast will dazzle vegans and carnivores alike, who all sit together and share gratitude before digging in. #familyowned #womanowned

No Bones Beach Club: At Mackenzie DeVito’s No Bones Beach Club restaurant, you’ll delight in tropical, coastal-inspired vegan eats and fresh cocktails made from local spirits. DeVito avoids mock meats, instead allowing vegetables to shine under the torchlight of the tiki-bar, taking center stage for each dish! #womanowned

Sunlight Cafe: The Sunlight Cafe was opened in 1976 by five women who wanted to offer healthful vegetarian foods to the community. Now owned by Adrian Noone and longtime employee Cheryl Richards, The Sunlight Cafe still serves foods made without trans fats, white flour, white rice, white sugar, and other processed foods. The menu includes more vegan and gluten-free options than ever before. #womanowned

Vegan Haven: Vegan Haven is a volunteer-run non-profit vegan grocery store that supports Pigs Peace Sanctuary, an organization that provides safe haven for unwanted, abused, or neglected animals. From groceries, to books, sundries, and gifts, the selection of vegan products is known to be the best in town. #socialenterprise

BONUS: Drizzle and Shine: Drizzle & Shine grew out of owner Jean White’s fashion blog, inspired by the need to provide ethical, sustainable attire. This eco-boutique is your one-stop shop for curated clothes, shoes, and accessories (for men and women), all made without harm to animals, the earth, or people. Plus, a percentage of each sale goes to like-minded nonprofits. #womanowned

Intentionalist is your local guide to diverse small businesses and the people behind them. We believe that where you spend your money matters, and we’re sure glad you do too. Whether you identify as a localist, activist, or just a good neighbor, we make it easy for you to learn about and support local businesses and the diverse people who own and operate them.