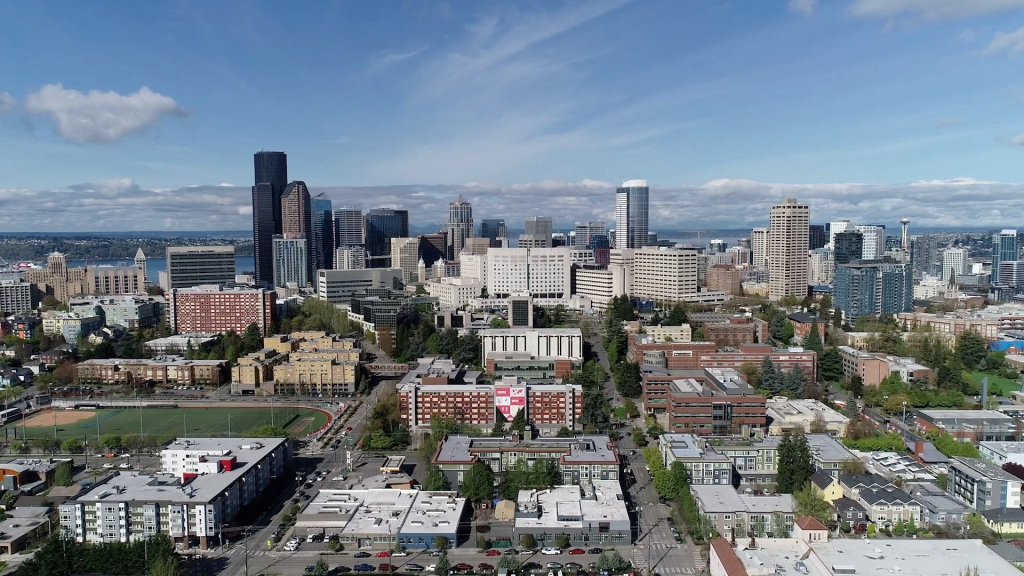 As a Seattle-based social enterprise, Intentionalist is passionate about social justice. Being a Seattle U alumnus myself, I thought it would be fitting to challenge Seattle University students (being reputably a population so enthusiastic about social change) to put forward a special effort to #SpendLikeItMatters.

What does Intentionalist do?

Intentionalist believes that where we spend our money matters, and we make it easy for folks to support their local community by spending money at small businesses owned by women, people of color, veterans, LGBTQ, families, and differently-abled people. You can read more about our mission here.

We’ve created a brief guide of small businesses near Seattle University just for you! You can reference this page whenever you’re out spending in the community. If you’re looking for spots in other neighborhoods (or other states!) you can search on our site to find businesses near you! Lastly, you can suggest any businesses we’re missing and help us grow our database!

#SpendLikeItMatters: A Nice, Long Intentional-LIST for Eating and Drinking Near Seattle University

Dumplings, and pho, and congee, oh my! Whether the moment calls for lunch, happy hour, or late night (early morning!) eats, the original Ba Bar location is here for you. Enjoy delicious street food at the restaurant named in honor of sibling owners Sophie and Eric Banh’s father.

If you’re looking for Northwest foods with a Latin spin, look no further than Barrio, owned by Tabitha and Larry Kurofsky. Start your day with a bowl of warming pozole or a hearty breakfast burrito, then wind down with a couple seared salmon or roasted beet tacos with a blood orange margarita.

Lily Gjekmarkaj was born in Albania to a family deeply rooted in food and cooking. As follows, much of Lily’s childhood was spent in the kitchen testing and preparing new dishes, which eventually led her to Byrek & Baguette, where she now serves versions of her own Meditteranean family recipes.

Jim Drohman and Joanne Herron have been absorbed by the food and culture of France for a long time. Café Presse recreates a Parisian bar/café where customers are welcomed in any time of day.

Heather and Scott Staples opened their first restaurant in 2000, and now own six unique businesses. At Feed Co. Burgers Central they take joy in deep-frying seasonal, locally-sourced ingredients and serving them up in burgers and sandwiches.

Ryan Kellner and Megan Helmer founded Mighty-O Donuts to satisfy all eco-conscious, sweet and doughy cravings. The duo makes it their mission to respect nature, community, culture, individuals, and the environment.

Peter Pak, a second-generation Korean-American, grew up enjoying traditional Korean food. He opened his fast-casual restaurant, Oma Bap in 2011 as a gateway to the delicious flavors of Korea, with a menu that focuses on the traditional rice dish, Bibimbap.

Panwa Thai restaurant is a convenient place to stop by for authentic Thai food. Owners Yuthana Chathanathum and Nantaporn Cherennit’s take pride is serving fresh, affordable dishes, including vegetarian options for most items on the menu.

Peloton Cafe is the product of pure serendipity; Paul Danos, Priscilla Hart, and Dustin Riggs met each other through bike polo and decided to reinvent the traditional bike shop. The result, Peloton Cafe, not only offers professional bicycle service but also serves up delicious healthy food, locally brewed beer, and coffee.

When esteemed chef John Sundstrom opened a pizza joint, Seattle was all ears. With the help of co-owners Kelly Ronan and JM Enos, he does not disappoint. Building his own signature brand of pizza, John honed a recipe for a wood-oven, wheat flour pizza and called it, Southpaw Pizza. While the topping options are upscale (or as Southpaw likes to call them, “wonderfully unorthodox”), the atmosphere is definitely casual and approachable. Let it be known though, Southpaw doesn’t serve pizza by the slice, they serve it by the slightly heftier “quarter.”

At their restaurant, Taste of the Caribbean, Dwayne Blake and Carlene Comrie make Fridays feel like a day at the beach with their monthly fish fries. Their true-to-Jamaica restaurant offers home-cooked, delicious Caribbean foods such as oxtail, jerk chicken, curried goat, and fried plantains.

Want a bagel with a little more oomph? Carb up at Monica Dimas’ latest venture, Westman’s Bagel and Coffee. Yes, they stick pretty traditional with their flavors — everything, sesame, Maldon salt, pumpernickel, and cinnamon and currant. But there’s still plenty of room for everyone to get creative: You can load up your bagel with everything from lox and whitefish salad to dill and black pepper or honey and thyme schmears. (And, because it’s Seattle, they have a solid vegan schmear, too.)

Pro-tip: Head to Westman’s early on the weekend to beat the crowd!

The Chieftan – owned by Peter and Adrianna Johnson #familyowned #womanowned

Born in Belfast, Peter Johnson grew up working in Irish pubs, and now he and his wife Adrianna have established a number of their own in Seattle. At the Chieftain, they offer classic pub fare and daily drink specials.

Mike Reis and Mark Hurst’s Diesel Bar is for “Bears, Bikers, Buddies, Bubbas, Blue Collars & Bad Asses.” Seattle’s premier Bear Bar serves as a home for this sub-group of the queer community, but is inclusive and welcoming to all.

When you’re getting a little existential about climate change on your third glass of wine, it’s comforting to know that at least you’re drinking sustainably. Owned by Kenneth Dillon, Footprint Wine Tap is Seattle’s first and only sustainable keg wine on-tap bar. Sourcing fine wines from the Pacific Northwest, they specialize in biodynamic and organic wines. From wine production and transport to the furnishings in their space, Footprint Wine Tap aims to reduce their carbon footprint on all fronts.

Bonus: Order a bite to eat with your glass! They serve delicious pâté and crostini dishes.

At Intrigue Chocolate & Coffeehouse, Aaron Barthel and Karl Mueller have added coffee to the initial concept behind their Pioneer Square artisanal chocolate shop. In partnership with Conduit Coffee, they offer their customers delicious chocolate beverages *and* outstanding coffee.

Roland Hyre started working as a bartender at the Madison Pub after he left the navy in 1991, and worked his way up, taking over ownership in 2011. The neighborhood gay bar prides itself on its longevity amidst a changing Capitol Hill landscape and customers return for its casual vibe and the friendliness of the staff.

One of the few black-owned bars on Capitol Hill, Poco serves wine by the glass, specialty cocktails, beers on tap, and small plates, in an intimate setting. Owners Tramale and Jackie Turner pride themselves on their locally sourced wines and spirits.

“We brew stories” is the motto at Tougo Coffee, where owner Brian Wells has been creating community and coffee since 2007. The First Hill location opened in 2019, and customers enjoy top-quality, ethically sourced coffee in a welcoming space where people of all ages gather and connect.

Who Did We Miss? This list is in no way comprehensive, so be sure to let us know some of your favorites by leaving a suggestion or via Instagram @intentionalist_! Thank you for your commitment to your community!

Thanks for all you do to #SpendLikeItMatters – shop small, buy local, and #BeIntentional!  Discover awesome brick + mortar small businesses in your community, suggest your favorites, and be sure that you’re following us on social media (Instagram, Facebook, Twitter).

Intentionalist is your local guide to small businesses and the diverse people behind them. We believe that where you spend your money matters, and we’re sure glad you do too! Whether you identify as a localist, activist, or just a good neighbor, we make it easy for you to connect with, learn about, and support small businesses in your community through everyday decisions about where you eat, drink, and shop.

One response to “A #SpendLikeItMatters Guide for Seattle University”